A Night at the Races: Racecar is racecar backwards, but piecar forwards is a challenge 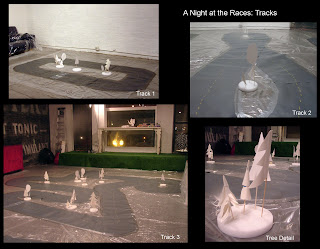 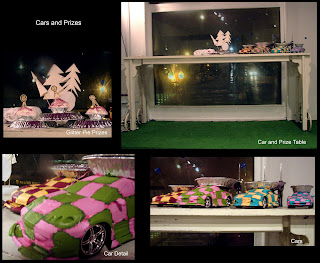 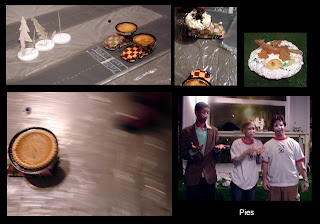 A Night at the Races is a one-evening pie race event, which utilizes slapstick symbology navigating a series of tracks like roman chariots to explore the collision of craft, performance, reality, and cartoon through the literal collision of piecar into piecar.

For this event Duguid and Olson have created two remote control pie-racers that the audience can use to compete with on a two-dimensional track. These piecars are literally remote control cars of which the bodies have been replace by pie tins creating a pie on wheels that will race on a hand drawn track. In heats of two racers at a time the pie-racing talent will be weeded out of the audience. As the evening progresses the courses will be altered to increase in difficulty until a pie-race champion is named. There will be a special prize for the victor.