A recipe for onion tartlet

Art on the move = Mapping Pizza 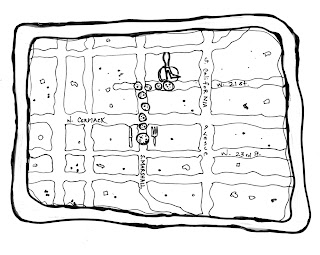 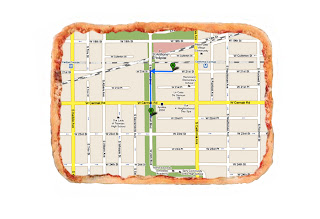 Meg Duguid and Catie Olson’s held an art moving parade. On April 30th Duguid and Olson moved Meg’s art collection from her old apartment to her new apartment that is located just three blocks away. For this process they used cardboard, tape, a dolly, a little red wagon, manpower, a map, BLACK STILETTOS, and properly garnished pizza.

Utilizing their mapped route Duguid and Olson created and eatable map created from a rectangular cheese pizza with pepperoni dots representing the trail they took on the with artwork parade. Duguid and Olson then kicked off their BLACK STILETTOS, eat the pizza map, and drink beer as a time honored tradition of moving.

1. BLACK STILETTOS our a must in every woman's closet

2. It has come to our attention that we do not own a pair of BLACK STILETTOS

4. On APRIL FOOLS DAY we will shop for the thinnest blackest heels we can find

5. Thin black heels are not a joke. They are BLACK STILETTOS

6. BLACK STILETTOS are made for moving

7. We will purchase BLACK STILETTOS to move ART

8. We will call the action of moving ART, PERFORMANCE ART

9. In the end the BLACK STILETTOS will sit in our closet

10. Then we will have taken care of a must in our closet

Splayed on its back, a defenseless clown. Its guts facing the sky for all to see, this is, Untitled (Carnival). Duguid and Olson's latest in an ongoing collaboration exploring the edifice of comedy through prop, and antics. Pilfering methods handed down from Keaton, through Ball, then on to Burnett, there is this notion that comedy lives inside its bits and pieces. Duguid and Olson dig in, removing those lusty signifiers; the grease paint, and the shaving cream pies. Only to reassemble the remaining pieces-parts as a wonderfully original portmanteau, complete with verve and panache.

Here, they embrace space not as a constant but as a network of loosely tethered events and objects that demand immediacy. Making Untitled (Carnival), more of a meal with many colors than a practical guide to art as determinism. Our entree being, simultaneity served with suspension of action therein. They invite us to a tapas serving punchlines, zingers, and spoonerisms that encourage flights of reason and speculation without succumbing to the allure of their profundity as decadent nibbles.

This work, like its predecessors, the gag, the skit, and the routine, are all cobbled from ruthless calculations flirting with the banal. This certainly isn't the addled ravings of Johnny Cum Surrealist. Nor is it a dream landscape of hyper-sexual longing. Its also not self gratification served to you in a pint-sized mug for two bits, and a kick in the ass. Sure, Duguid and Olson revel in their rapport of coercion and sedition like gleaming twins beneath blue bonnets. But they're only re-imagining their copious reservoir of experiences, assembling the tools necessary to convey the brevity of something poignant and shared. In short, the tools of comedy appropriated for the purpose of aesthetic revelation, quantum insight, and RED HIGH HEELS.
Glossary

port•man•teau
Pronunciation: \pȯrt-ˈman-(ˌ)tō\
1 : a large suitcase
2 : a word or morpheme whose form and meaning are derived from a blending of two or more distinct forms (as smog from smoke and fog)

de•ter•min•ism
Pronunciation: \di-ˈtər-mə-ˌni-zəm, dē-\
a theory or doctrine that acts of the will, occurrences in nature, or social or psychological phenomena are causally determined by preceding events or natural laws

spoo•ner•ism
Pronunciation: \ˈspü-nə-ˌri-zəm\
Etymology: William A. Spooner †1930 English clergyman & educator
a transposition of usually initial sounds of two or more words (as in tons of soil for sons of toil)


http://www.floorlengthandtux.com/archives/flat4.php
Posted by Meg at 6:17 PM No comments:

Images from the FLAT 4 show held in December, 2009 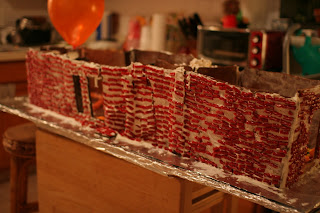 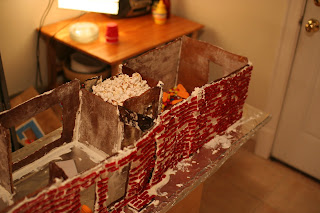 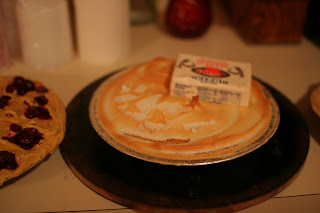 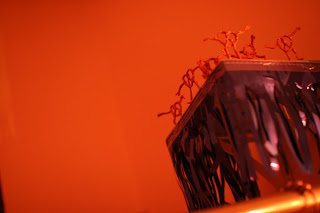 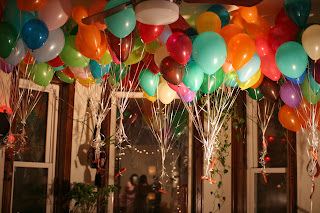 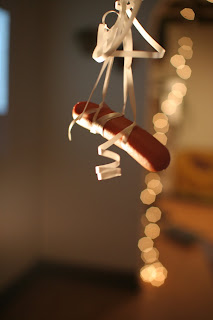 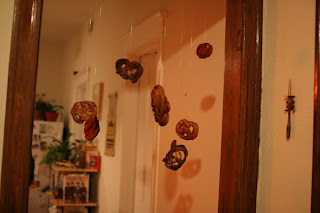 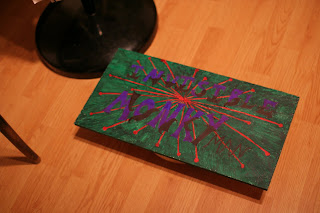 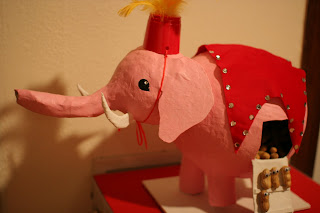 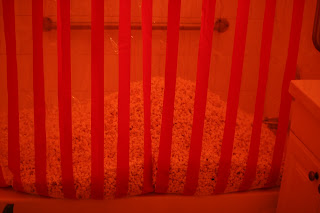 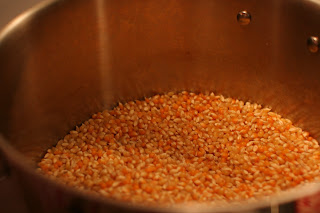 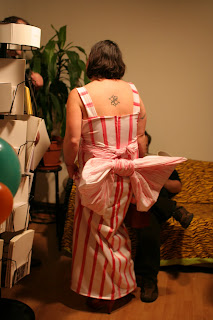 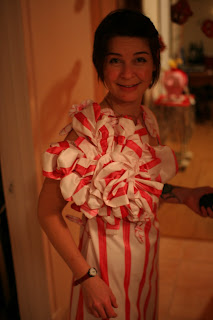 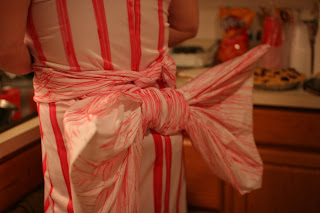